Karl-Friedrich-Straße is a key transport link and the central point of the city.

With historical buildings and political venues like the Town Hall or the Place of the Fundamental Rights, Karl-Friedrich-Straße offers you not only a wide array of shops, it also has plenty of historical value – a street with a past and a future.

Locally, Karl-Friedrich-Straße is known as the “golden core” of the fan-shaped streets in Karlsruhe. As the most historical street in the city, Karl-Friedrich-Straße, named after Grand Duke Charles Friedrich, not only connects Marktplatz and Rondellplatz, it also stretches from the Palace to Ettlinger Straße to the south. Direct access to the popular Ettlinger Tor shopping centre gives you the best opportunity to keep the shopping mood alive, even in poor weather. In addition to the special location and the various shops, there is also a focus on culinary delights. Modern system catering meets down-to-earth taverns and well-known pubs. 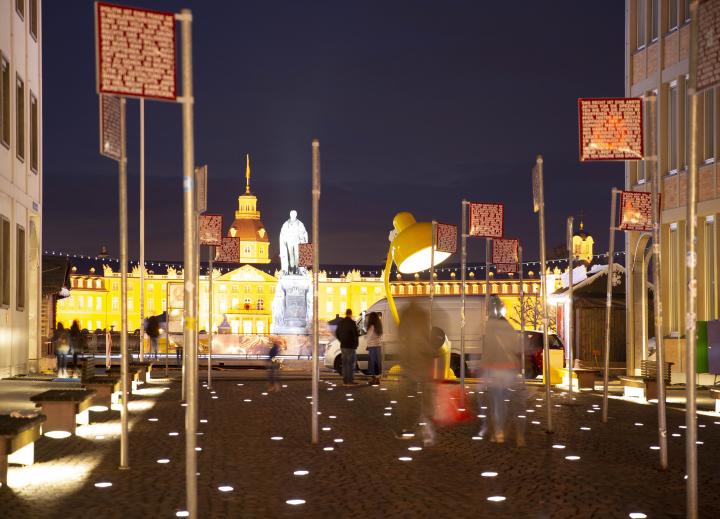 Overview of shops and restaurants in the area Karl-Friedrich-Straße

The Marktplatz is the most well-known square in the fan-shaped city. It forms the core of Karlsruhe’s city centre and is the crux of the urban cultural scene in Karlsruhe, alongside Kaiserstraße. It is also home to the hallmark of the city: the Pyramid.

At the heart of Karlsruhe

As Baden’s longest shopping street, Kaiserstraße is renowned all over Karlsruhe and is adored by young and old alike. A vibrant mixture of renowned labels and independent shops give the focal point of the fan-shaped city its unique charm.

Ettlinger Straße crosses the south of the city as far as Kriegsstraße and is a key transport route in Karlsruhe, measuring around two kilometres in length. If you want to visit the heart of the fan-shaped city, this street is a must. Many specialist merchants in a range of fields will be happy to advise you – it has everything your heart could desire!