The characteristic feature of the zoological gardens in Karlsruhe is the combination of zoo, one of the oldest in Germany, and municipal gardens. Located in the heart of the city centre, it is one of the favourite destinations for an outing within the city limits. 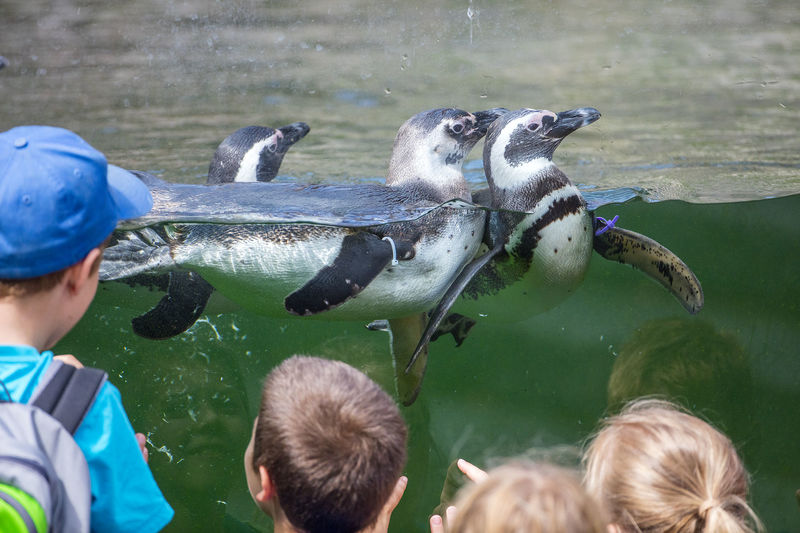 The foundation stone for Karlsruhe's zoo was laid in 1865 when the "Badische Geflügelzuchtverein" (Baden Poultry-Breeding Society) opened the so-called "Thiergarten". Only a few years later, the enthusiastic private initiators were no longer able to raise the maintenance costs. After financial support from the city to start with, the whole inventory of animals and enclosures eventually became municipal property 12 years later.

Today, the municipal zoological gardens comprise the municipal gardens, with their many themed gardens and sections, and the zoo itself, located within the boundaries of the gardens, accommodating a wide array of animal enclosures. At 22 hectares, it is the biggest park within the city limits. To add to the pleasure of a visit, the grounds also contain cafes and kiosks for refreshments and a number of playgrounds.

Roughly 800 impressive trees from numerous countries can be found in the municipal gardens along with 15,000 roses of 130 different varieties, large numbers of tulips and summer flowers, shrubs and climbing plants. The Japanese garden is famous, too, a miniature landscape with a Shinto shrine, stone lions, and a pagoda. The zoo is home to more than 4.000 animals of 250 species - from elephants to meerkats.

The animal world is presented in themed sections. Sea lions, seals, and penguins moved into their enclosures in the redesigned "Water habitat" in 2009. The near-natural design of the enclosures recreates a coastal landscape with rocky cliffs and provides visitors with fascinating insights into underwater activity through special viewing windows. Right next-door is the tundra habitat of the polar bear enclosure. Here, too, underwater observation windows enable visitors to watch the animals diving and swimming. Many of the big and small classic representatives of Africa's animal world can be marvelled at in three large "African savanna" enclosures.

The first section of the "Himalayan mountains" was opened on the eastern flank of the artificial "Lauterberg" hill in 2011. Here, the rare snow leopards have a spacious and attractive enclosure that they evidently feel at home in because cubs were born in mid-2012.

Free entry with the Karlsruhe Card.

Free entry with the Karlsruhe Card.

Shops remain opened. Opening times may differ from the information on this website.

Our tourist information office located on Kaiserstraße 72-74 remains opened as well with high security measures and a maximum of five people at a time.