At first glance, Karlsruhe comes across as an ordinary planned city, outlined straight from the drawing board in 1715. Yet if you look a little closer, you will not only discover the classical influences of the famous architect Friedrich Weinbrenner, but also numerous Egyptian symbols. The most famous is the pyramid on the market square (Marktplatz). Sphinxes and numerous obelisks can be found throughout the city.

A pyramid on the market square

The market square is the heart of Karlsruhe. Visitors here can experience Karlsruhe's landmark: an approx. seven-metre-high pyramid made of red sandstone. The extraordinary construction covers the burial vault of the city's founder: Margrave Karl Wilhelm. The "Konkordienkirche" originally stood on this square. When the market square was being remodelled in 1806, the Egyptian nostalgia that was spreading throughout Europe took precedence here, too. The pyramid quickly found favour with the citizens of Karlsruhe and today adorns the official logo of the city as a stylised triangle. 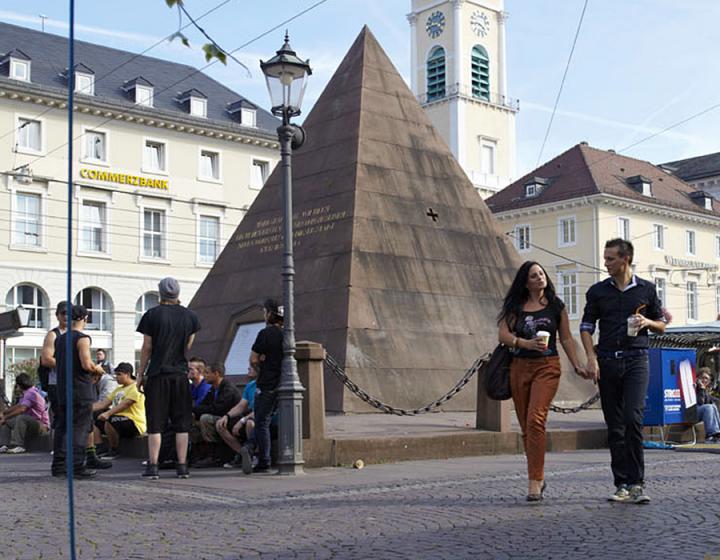 Sphinxes in the Botanical Garden

In addition to the pyramid, which is probably the most famous Egyptian symbol, several sphinxes also find a home here. Those strolling through the Botanical Garden will inevitably encounter the four sphinxes of Friedrich Weinbrenner that are true to the original. The sphinxes at the Bürklin'sches Mausoleum in the main cemetery in the city's Oststadt district are, however, a little more hidden. 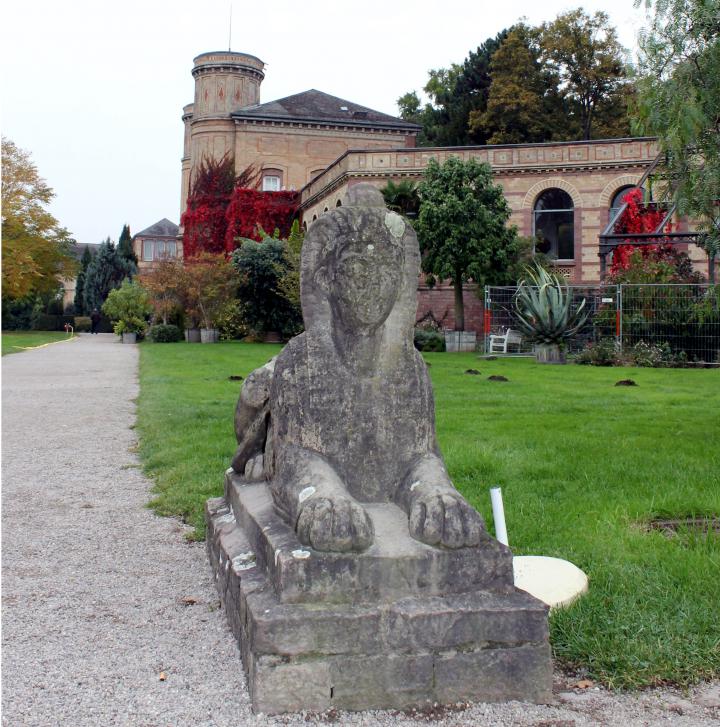 At the start of the 20th century, a powerful "Egypt fever" gripped the city after the discovery of Tutenkhamun's tomb, which manifested itself in numerous monuments and buildings, such as the Zippelius apartment building (Gartenstr./ August-Dürr-Str./ Renckstr.), whose architect Hans Zippelius used numerous other Egyptian motifs on the façade in addition to lotus and palm leaf capitals. 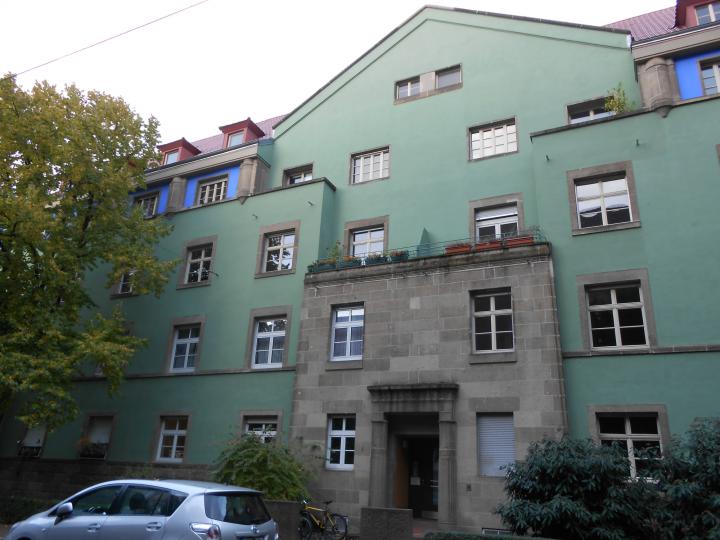 The eight-metre-high constitutional obelisk on Rondellplatz was constructed between 1822 and 1827 and was originally intended to be a symbol of power for Baden. Two griffins looking towards the castle sit to the right and left of the red sandstone obelisk. Two water-spouting lions can be found in the middle. The obelisk has been reminiscent of the liberal Baden constitution, which had been wrested by Grand Duke Charles, since 1832.

Monument to the fallen of the 1st Grenadier Regiment

The monument to those of the 1st Grenadier Regiment fallen in the war of 1870/71 with an adorned obelisk can be found in the city's Nordstadt district. The next obelisks are situated not far away from here, in the Nordweststadt district: see fountains in the City Hospital. 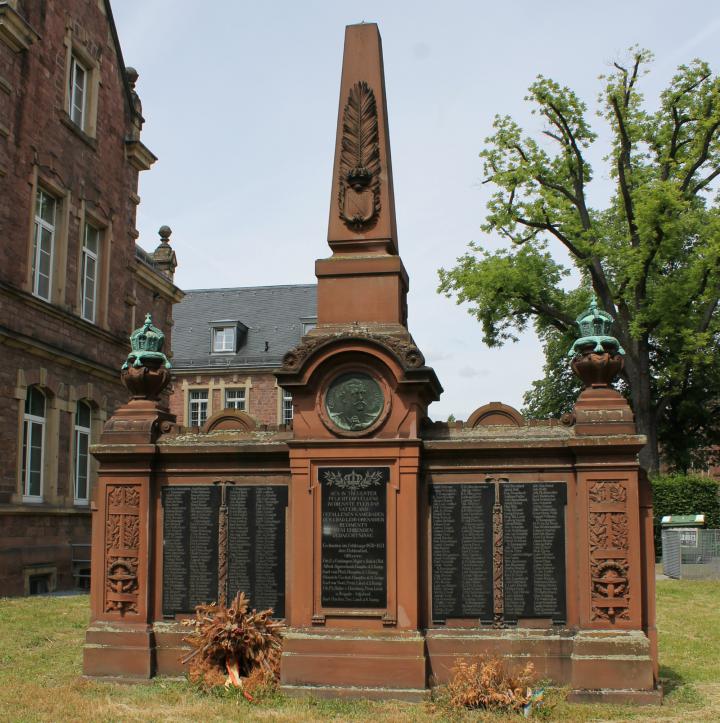