The Badisches Landesmuseum in Karlsruhe has created a large cultural and historical special exhibition dedicated to the famous pharaoh – the first comprehensive exhibition since the Ramses Exhibition in Paris 40 years ago. From 17th December 2016 through to 18th June 2017 visitors can view around 250 exhibits from museums all over the world.

The loans, including impressive colossal statues, are from the most important European museums of Egyptian art: the Egizio Museum in Turin, the British Museum in London, and the Egyptian Museum in Berlin. The Ramses exhibition gives a living impression of the monumental temple complexes in Abu Simbel and the funerary temple, the Ramesseum in Thebes, using models from the Egyptian department of the Paris Louvre as well as large spatial installations. 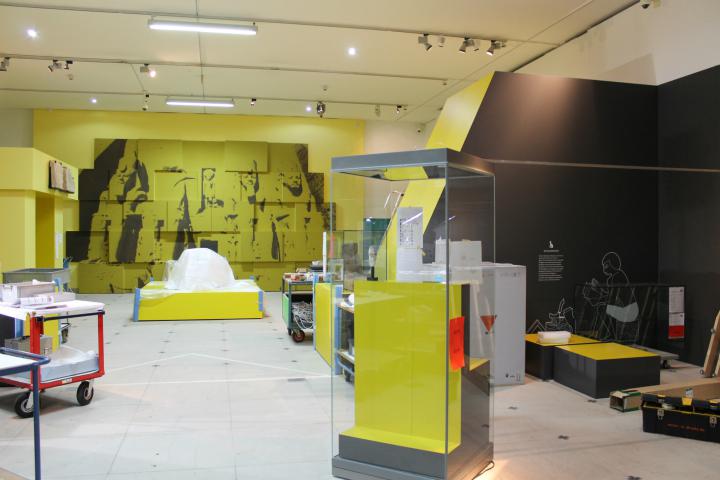 Together with numerous objects of everyday life, the exhibition gives visitors an impression of the social system in the time of Ramses the Great. In addition, precious presents of the pharaoh as well as unique documents show a close exchange of Egypt with the neighbouring states.

A special feature of the Karlsruhe exhibit is the first virtual reconstruction of Ramses II’s new capital city, Pi-Ramesse. This reconstruction has been created through close collaboration with the archaeologists working on the site from University College London and the Roemer- und Pelizaeus-Museum Hildesheim. A specially created discovery lounge gives visitors the opportunity to explore the fascinating history of the pharaoh’s mummy. For the first time, visitors can get a complete look at the most powerful personality in ancient Egypt: Ramses the Great, pharaoh, military strategist, diplomat, builder and god.

The City’s shopping facilities are also very limited at the moment. Only essential businesses such as grocery stores, pharmacies or banks remain open to the public. Opening times may vary from those advertised on this site.

Our tourist information office located on Kaiserstraße 72-74 is closed for the public as well until further notice. You can still reach us either by phone +49 721/602 997 580 or by email touristinfo@karlsruhe-tourismus.de.